Home / News / Charlie Hebdo: How Journalism Needs to Respond to this Unconscionable Attack 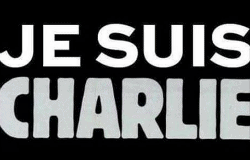 The attack on Charlie Hebdo is the worst case of targeted killings of journalists ever recorded in Europe and is matched at global level only by the massacre five years ago of 32 journalists and other media workers, by 100 armed men who attacked an election convoy in Mindanao in the Philippines.

But the Paris event is not an isolated incident of political barbarism. It is part of a continuing ideological struggle that began almost ten years ago when the Danish newspaper Jyllands Posten published controversial cartoons of the Prophet Mohammed, sparking a global debate over the balancing of religious sensitivities and the right to free expression.

Among the victims at Charlie Hebdo are, cruelly and tragically, the most talented of the magazine’s cartoonists, the men whose work has helped make this satirical title an iconic symbol of dissidence with its impertinent disregard for the social conventions of the French political elite.

But poking fun at western politics, where free speech includes the right to be offensive, even insulting, is far less dangerous than challenging the authority of ideology based upon fanatical attachment to religious dogma.

When the Mohammed Cartoons crisis broke out in January 2006 (they were first published in Denmark in September 2005) western media were divided on how to respond. Some media republished the cartoons to show solidarity in the face of a backlash involving Muslim extremists against Danish journalists. Some decided not to republish them because editors felt it would be insensitive to Muslim readers, but many more succumbed to self-censorship amidst widespread threats of violence.

Charlie Hebdo is a voice of uncompromising opposition to censorship in any form. It has already had a taste of what that can mean when dealing with religious extremists. In 2011 its offices were firebombed after it announced its intention to have a special issue with the Prophet Mohammed as a guest Editor in Chief.

Thankfully no-one was killed. But the warning was clear. Many people at the time were nervous about the stance being taken. Wasn’t the magazine being unnecessarily provocative? There were fears that it was attention-seeking rather than promoting a debate about the need for free speech. In its defence, the magazine has always said that it does not focus on Islam alone; it makes fun at the expense of religious and political groups.

All of that is put into a fresh perspective by this latest attack. The slaughter of journalists in their own newsroom is unconscionable and intolerable and can never be excused.

The attack also highlights just how vulnerable journalists and media staff are when they actively defend free speech against corruption and violent extremism in all its forms. In the past 12 months many journalists have been targeted and killed – according to the Committee to Protect Journalists 61 died; according to Reporters Without Borders the toll is 66; and according to the International Federation of Journalists the number is 118.

Even if the detail is unclear, journalism remains a high-risk business with reporters and editors routinely threatened and subject to violence for exposing crime, corruption and political malpractice.

The appalling events in Paris will inevitably spark a new debate about free expression and religious intolerance and we can expect more hate-speech – particularly from the right of European politics – aiming to make political capital out of understandable public anger and outrage.

But journalists must know better than to give voice to fresh acts of hatred and particularly to encourage Islamaphobia. The story of the Paris atrocity and its origins as it unfolds over the coming days needs to be handled with sensitivity and care. Journalists must do everything they can to lower the temperature and avoid providing cover for abusive treatment or acts of discrimination against people in Muslim communities.

This is a time for slow journalism when everyone in media and even those would-be journalists outside the newsroom need to think carefully about the consequences of what they write and the images they show.

When we move too fast we can become complicit in acts of inhumanity. Within minutes of the Paris shootings, for instance, a video was being circulated online showing the execution of a police officer at point-blank range. It should never have been shown and never shared.

The colleagues who died at Charlie Hebdo were not champions of violence or hatred. Indeed, the magazine has always used its creative power in words and images to show that politics can and should be fought on a level platform in which respect for pluralism means that all opinions, even those with which we strongly disagree, have the right to be heard and no-one, least of all those who trade in murder and inhumanity, has a right to say otherwise.