Home / News / WPFD2019: Freedom of Expression and Hate Speech in the Context of Human Rights

WPFD2019: Freedom of Expression and Hate Speech in the Context of Human Rights 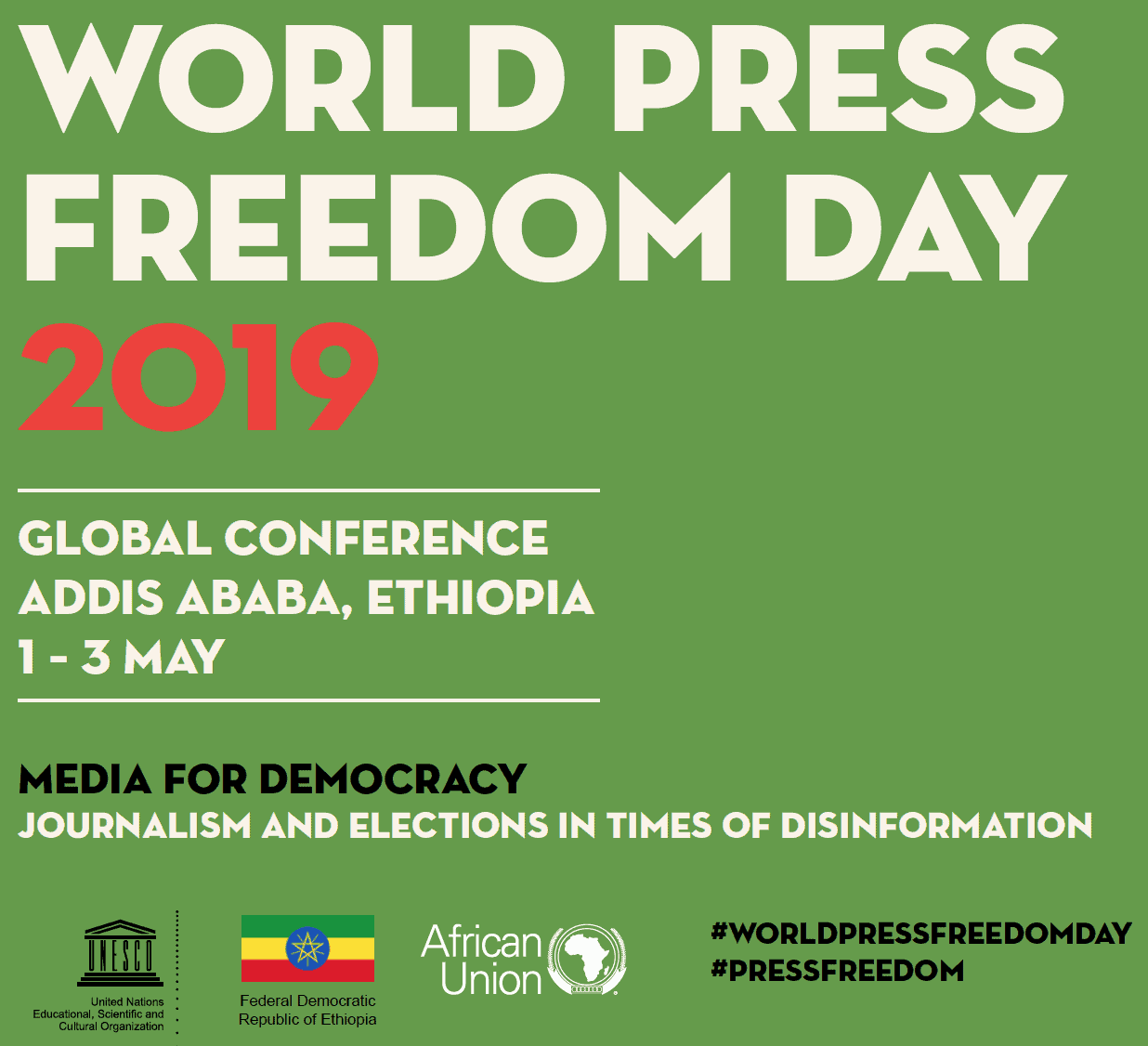 On May 1, the EJN’s Africa representative Racheal Nakitare took part in the opening events for UNESCO’s World Press Freedom Day celebrations in Addis Ababa, Ethiopia. Racheal chaired a panel on Freedom of Expression and Hate Speech in the Context of Human Rights.

Freedom of Expression and Hate Speech in the Context of Human Rights Governments around the world face challenges to balance rights to freedom of opinion and expression on the one hand, and prohibitions of incitement to hatred on the other. Both obligations are enshrined in international human rights law. Rights to free expression and prohibitions of hate speech are cited in numerous resolutions and declarations agreed by Member States of the United Nations and regional organisations, like the African Union. Nevertheless, the practical application of these norms often causes serious contention, as journalists and media professionals in many countries continue to face various forms of threat, including killings, beatings and arrests. The objective of this session is to increase understanding of applicable international standards on how to strike a balance on freedom of expression and hate speech and explore possible areas of collaboration to tackle hate speech, while promoting and protecting the exercise of the right to freedom of expression.

The dangers of hate speech in journalism are well known and can have tragic consequences.

How can journalists determine what is hate speech? In a world plagued by censorship, press freedom violations and propaganda it is difficult for reporters to judge what type of rhetoric is acceptable and what is intolerable.

In response, the Ethical Journalism Network launched the Turning the Page of Hate campaign in 2014 to mark the 20-year anniversary of the Rwandan genocide. The campaign has been active not just in East Africa but other parts of the continent, Middle East, Europe and Asia.

As part of the campaign, the EJN create a 5-point test for journalists to use to identify hate speech.

The hate speech test helps journalists navigate through this minefield and take into consideration the wider context in which people express themselves. They must focus not just on what is said, but what is intended. It’s not just a matter of law or socially acceptable behaviour; it’s a question of whether speech aims to do others harm, particularly at moments when there is the threat of immediate violence.

UNESCO, the Council of Europe and other institutions have translated the infographic EJN’s 5-point test of the hate speech test has been translated into over 25 languages.

Hate Speech is A Dilemma for Journalists the World Over

As part of the EJN’s 2016 publication, Ethics in the News, Cherian George wrote that hate speech presents a major challenge to today’s journalism:

“Socially conscious journalists have been rightly alarmed at how rapidly hate-filled messages seep into, and often overwhelm, comment on the internet. Less talked about is how journalists’ own professional procedures — including how news is defined — may amplify the voices of hate propagandists. Then there are the media outlets that purvey intolerance, serving as ideological spokesmen and cheerleaders for forces of hate, from xenophobics to religious extremists.”

George’s piece, was one of four pieces in the report focusing on hate speech. The others were:

The EJN’s recent magazine, Saving the News, looked at the different approaches to addressing hate speech in the Caribbean, within Arabic media, as well as Islamophobia in Spanish media.

Hate speech glossaries are not the last word. They are part of an evolving debate and discussion about the way journalism works. They have to be reviewed and changed as fresh ideas and thoughts about the work of journalists emerge.

What is important here is to identify where difficulties lie and to promote discussion and fresh thinking within the journalism community.

The intention of hate speech glossaries should be to empower journalists, make them aware of the impact of their work, and help them shape a new information landscape – in which the public and political groups have a crucial role to play – that will reduce the scope for intolerant and intemperate communications.

In an age of social networks, globalisation and Internet expansion, where hate-speech, disinformation and abusive communications are common, people are often frustrated by their lack of access to reliable information. By empowering journalists and media to do their jobs more effectively and more thoughtfully we can contribute to building trusted brands that will make a difference to people’s lives.

For more information on the EJN’s work on hate speech visit: https://ethicaljournalismnetwork.org/what-we-do/hate-speech

What you need to know on World Press Freedom Day 2015