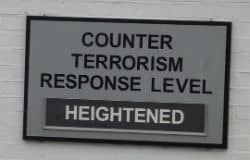 Over the past year the Ethical Journalism Network has been raising the alarm among journalists, media activists and policymakers about the threat posed by sensationalist coverage of terrorism.

The widespread publication of videos produced by terrorists and explicit reporting of extremist violence has troubled many people who worry that shock and awe coverage only adds to public fear and uncertainty. Now there’s evidence that media sensationalism is indeed spreading a toxic message which may help terrorists win their propaganda war.

Earlier this month a startling and detailed report into the impact of media coverage of atrocity violence shows a clear link between reporting terrorism and follow up attacks. Unlike the news reporting at the heart of the study, this report has not been widely covered in the mainstream media.

The research by Michael Jetter, a professor at the School of Economics and Finance at Universidad in Medellín, Colombia – a city which some 20 years ago was regarded as the murder capital of the world because of gang violence – raises issues which should concern every editor and newsroom executive.

Jetter says that in the last 15 years “the world has experienced a terrifying, exponential increase in the number of terrorist attacks”. The total number of casualties from terrorism in this period has risen from 3,387 to 15,396. At the same time, he says, terrorist groups increasingly seek to use the media to promote their agendas and they they have largely succeeded.

Jetter analysed more than 60,000 terrorist attacks between 1970 and 2012 as reported in the New York Times. He compared headline-grabbing terrorist attacks with coverage of other big stories, such as natural disasters, and found a clear link between the number of articles devoted to an initial terrorist incident and the number of follow-up attacks over the next few weeks.

According to his findings, one additional New York Times article about an attack in a particular country increased the number of ensuing attacks in the same country by between 11 percent and 15 percent. On average, he noted a correlation between an additional Times article and casualties from a further terrorist attack within the next week.

Different types of terrorist activity were found to have different media impacts. Suicide missions, for instance, receive significantly more media coverage, which he believes could explain their increased popularity among terrorist groups.

Whenever research like this pops up it prompts further debate about how media report on terrorism. Of particular concern is the fear that the use of slick and explicit videos produced by groups like ISIS in mainstream media serves to strengthen the group’s appeal, particularly to alienated and disconnected young people living in Muslim communities, leading to so-called radicalisation.

Some may think that this research provides a compelling case for censorship of media coverage of the terrorism story, but that would be a mistake.

The challenge to journalism is not to ignore the story or even to tone it down, but to provide careful, sensitive reporting that puts extreme and dramatic acts of violence in context without falling into the propaganda trap set by media-savvy terrorists.

Journalists will do well to remember that terrorists rely on fear and ignorance to achieve their objectives. They have done so since heads started rolling during the first days of the French revolution and its hallmark period of “terreur” more than 200 years ago.

Media can’t do much to alleviate the disconcerting but entirely understandable effects of ruthless and brutal attacks on innocent civilians, but media must not ratchet up the levels of panic through sensationalist and inaccurate coverage.

It’s a point made by Jason Burke, author of a new book to be published later this month, which reveals how terrorism relies on the circulation and embedding in the public mind of myths designed to undermine public confidence.

Journalism can counter this by reporting in context and by debunking myths, for instance by underscoring that so-called “dirty bombs,” or terrorist access to nuclear material, are largely the stuff of fantasy. It will help also to remind the audience that the number of casualties, horrifying though they may be, are statistically negligible compared to other forms of sudden death.

When media rush to publish they can pay a heavy price. The mistakes made by French television channels in their coverage of the terrorist attacks in Paris in January this year led to the official censure and this week it was announced that one of the Charlie Hebdo siege victims is to sue media for putting his life at risk.

These journalists are learning the hard way that when it comes to terrorism we need to tread carefully. Tell the truth and respect the facts, of course, but above all, when lives are at stake, also be aware of the consequences of what we are reporting and how we report it.

Sign up for the Ethical Journalism Newsletter to get weekly updates on media ethics.
Photo: Flickr CC Elliott Brown