Home / News / Publish and be damned in name of patriotism

Publish and be damned in name of patriotism 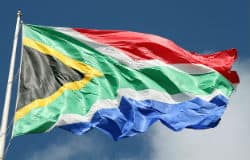 Photographer James Oatway’s remarkable photographs of the murder of Emmanuel Sithole in Alexandra, which appeared on last weekend’s Sunday Times front page, will be seared into our collective mind. These images will dominate our memory of the violence of the past few weeks.

For the first time, the targets of the violence had a face, a name, a life and a personality — the humanising elements that have been absent in much of the coverage.

Dealing with President Jacob Zuma’s criticism of the pictures as damaging to SA’s international image, and his request for a new “patriotism” among journalists that would have us conspire to hide such things from the world, is easy. It would be a false patriotism that shielded us from our responsibility to confront this head on. Mr Zuma is using the language of the apartheid government when it denounced the powerful images from the township uprising of the 1980s, and US president Richard Nixon on the terrible images of the Vietnam War that helped turn public sentiment against the war. But we know now that those images helped force people to confront a tough reality and turn the tide on some of the mistakes of history.

More difficult is to ask whether such images immunise us to the horrors of violence, and whether they do more than evoke a passing sympathy for the victims. Editors have to think hard about using such images on the front page, particularly in a large family newspaper that will be seen by many children. These pictures were exceptional enough to merit the paper’s bold treatment. It was significant that this was not another anonymous victim, but they told us his story. And the journalists were the ones to take Sithole to hospital. It was the pictures that led to arrests of alleged culprits.

Just as unsettling for me were some of the images of Tuesday night’s police raid on the men’s hostel at the centre of recent violence. These were images of masked and heavily armed policemen manhandling half-naked men caught in their sleep. They had no names, no identities, no dignity, no privacy.

In the Times’s front-page photo, the men are sprawling on top of each other on the floor in what looks like a prison scene. What you see is the violence and humiliation of everyday life in SA, particularly among migrant workers.

I was struck that newspapers and websites ran it without comment.

Police took along the photographers to make this a show of force, to produce images to show they were dealing with “the problem” with strength and force, to juxtapose the fierce-looking cops with hapless “culprits”. And this was the narrative conveyed by the media, pleased to see strong action from the authorities.

It made me realise how we are generally immunised to the horrors, the violence of poverty, that most photos fail to take us out of the bubbles we can live in due to inequalities of our society. It made me wonder if these remarkable pictures would evoke a short-term sympathy for victims who are as distant and “other” as the perpetrators of violence without confronting us with our own involvement and culpability as members of the society that has produced this.

And it made me ask whether there was enough coverage in the past few years of the continuing attacks on foreign shop owners. Where were the stories that made the immigrants a part of our communities and gave them the names, faces, identities, families, worries and triumphs that would humanise them and not render them as just illegals, criminals and threatening invaders? Did we not treat our neighbours as subjects of policy debates rather than people who can and do contribute to our society? There is a lot here for editors to think about when they ask what it means to be a “patriotic” journalist.

This article was originally published in Business Day, Johannesburg and kindly republished with permission. Anton Harber is a Caxton Professor of Journalism at the University of the Witwatersrand and chair of the Freedom of Expression Institute.

Refugee Images – Ethics in the Picture