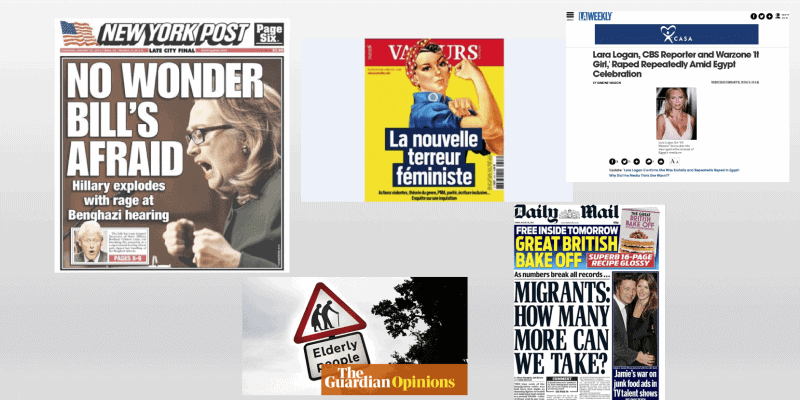 This is taken from the website of the European Federation of Journalists (EFJ). Read the original here: https://europeanjournalists.org/blog/2019/06/06/journalists-organisations-on-the-front-line-to-tackle-gender-equality-and-online-harassment/

Around 30 journalists and journalists’ representatives from 20 European countries attended the workshop on “Increasing gender equality and diversity in the workplace” on 28 and 29 May in Istanbul, Turkey. Co-organised by the European Federation of Journalists (EFJ) and the Journalists’ Union of Turkey (TGS), the workshop aimed to provide best practices and concrete tools to improve equality between male and female journalists, improve diversity in the newsroom and counter growing online harrassment.

Journalists’ unions and professional associations are best placed to initiate the change when it comes to closing the gender pay gap, improving work-life balance, fighting stereotypes in the news and ensuring safety of female journalists online and offline.

Successful practices from affiliates and media outlets in the European Union were showcased during the first day of the workshop, such as the database Expertalia created by the Belgian association AJP to help journalists diversify their sources; the Swedish public broadcaster SVT initiative to reach 50% female interviewees in Umeå local channel; the TGS campaigns to support Turkish journalists in jail and improve female and LGBT journalists’ rights through collective agreements;, and the German affiliate Deutscher Journalisten-Verband’s (DJV) activities via its Commission on gender equality and diversity, which organises among other once a year a congress “Frau macht Medien (Woman makes media). In addition, participants took part in two two-hour trainings on how to bargain individually and collectively delivered by AJP General Secretary Martine Simonis and EFJ President Mogens Blicher Bjerregard.

The second part of the workshop was dedicated to the growing problem of online harassment and safety of female journalists, which directly affects the journalists’ ability to do their job safely and ethically. Mustafa Kuleli, TGS General Secretary said that also in “alternative” media, where his union is organising, there is male domination and online harrassment and abuse on the rise. According to the Council of Europe study (2017) on “Journalist under pressure: Unwarranted interference, fear and self-censorship in Europe”, after being harrassed, 31% of the journalists toned down coverage of certain stories; 15% dropped stories; 23% stopped covering certain stories; 57% didn’t report they have been the targets of online violence.

In October 2017, the #MeToo scandal shaked the media industry. But what consequences did it have on the newsrooms one year and a half later? The French and Belgian examples showed that women felt more comfortable speaking up afterwards, but no revolution has taken place. In the French-speaking part of Belgium, a study carried out by the ULB-UMons (2018) and presented by researcher Lise Ménalquehighlighted that media managers still see journalists as asexual professionals and therefore don’t consider the need to put in place specific gender policies. In France, #MeToo as well as another online harrassment scandal, ‘The League of LOL’, has helped to accelerate awareness among the profession while concrete actions by media outlets are still awaited, said Léa Lejeune co-founder of the association ‘Prenons la Une‘. Things are slowly moving at the political level with the adoption in March 2019 of the first-ever international legal Recommendation by the Council of Europe to stop sexism, including in the media.

The Organization for Security and Co-operation in Europe (OSCE) has been very active on the topic with the #SOFJO (Safety of Female Journalists Online) campaign and the OSCE documentary A Dark Place, which were presented by OSCE Media Freedom project officer Jennifer Adams. The film explores the phenomenon of online harrassment and its impact on media freedom through journalists’ and experts’ testimonies. The screening was followed by a discussion on how to ensure safety and counter-respond to this invisible violence aimed at silencing female voices.

“I understood that the whole thing had nothing to do with my persona (…) The anger and hatred was not meant for me personally but towards all women who speak out,” said freelance journalist Johanna Vehkoo, author of comics journalism book based on her experience The Internet of Hate and Loathing

We shouldn't underestimate the health impact, the long-term emotional impact of online harrassment. Journalists are resilient but not good at admitting vulnerability either, says @HANNAHSTORM6 @EJNetwork #EFJGender

Hannah Storm, director of the Ethical Journalism Network (EJN) and former director of the International News Safety Institute (INSI), provided participants with concrete advices on how to fight online harrassment. Storm detailed examples of organisational and individual responses to put in place with the help of colleagues, relatives and journalists’ organisations.

The workshop was the fifth of a series of events, under the umbrella of the EFJ Project on Managing Change in the media which has the support of the European Commission and is in partnership with the European Broadcasting Union (EBU)  and News Media Europe (NME).

Resources can be found at this link.

Negotiations techniques and recruitment strategies for the media industry

Blame the victim? Domestic violence as covered in The Sun and The Guardian

Fighting back against prolific online harassment in the Philippines