Home / News / Fear in the News: The Difference Between Self-censorship and Ethical Journalism 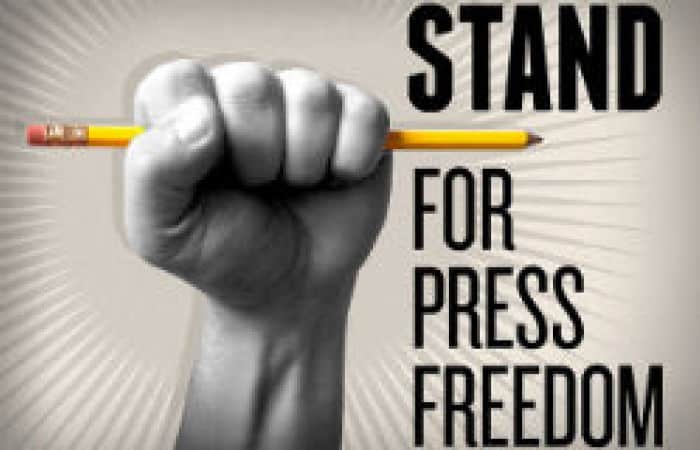 As the world of journalism celebrates World Press Freedom Day AIDAN WHITE says we must not get confused over what is self-censorship and what is sound editorial judgement.

Every day journalists working across all platforms of media make dozens of ethical decisions. Every stage of the act of journalism requires choices about content — headlines, words, pictures, video and audio clips. These decisions are not acts of self-censorship. When they are freely made by well-trained, free-thinking professionals they are the bedrock of journalism at its best.

Some people may disagree. Politicians and others may complain about the choices we make if they don’t portray them in a good light. Sometimes they feel they are victims of bias, rather than the subjects of fair reporting. But often their criticism is motivated solely by self-interest or reveals a poor understanding of the craft of journalism.

That’s why good systems of internal self-regulation inside journalism, such as those practised in India by The Hindu, for instance, are absolutely essential to defend and explain the way media and journalism work.

All good journalism is subject to editing, rewriting or other functional alteration in the name of style, taste, precision and clarity. This is not internal censorship, but the application of sound editorial judgement when the only limits are those posed by the journalist’s own knowledge, competence and creativity.

That’s the theory, but is that how it works in reality?

In the competitive, breakneck pace of the modern newsroom, the pressure on journalists to deliver their stories faster and for different platforms has squeezed the ethical information space.

There is less time for editing, additional research, or confident fact-checking and verification. Fewer people are employed with the skill set and experience needed to maintain editorial standards. The scope for mistakes is widening, particularly as web content and social networks become increasingly important as sources of news and information.

All of these pressures on media undermine quality journalism by making it ever-more difficult for writers, broadcasters and editors. They have less time to apply good principles of professionalism and self-regulation.

But even if it is creaking, the structure of self-regulation in media remains at the heart of producing credible, trustworthy and timely journalism.

Self-censorship is a different matter. This is when journalism and media are driven not by editorial concerns, but by fear.

When a journalist or editor makes an editorial decision over a story and its contents that is motivated by the threat of reprisal – whether from the state, the police, the owner, or the advertiser – it is nothing to do with the principles of good journalism.

Internal threats are not unusual. Journalists regularly shape their stories to suit the company’s political or business interests. And it’s not a new phenomenon.

A detailed survey of journalists and news executives in the United States in 2000 uncovered widespread concern over commercial pressures. More than 40 per cent of journalists admitted shaping their stories to suit company interests.

As long as the audience knows who owns the media, people can make reasonable judgements about whether they can trust news reporting in areas where the owners have a business interest.

But this becomes a serious and sinister problem when there is an absence of transparency. In Turkey, for instance, the Ethical Journalism Network recently reported that the country’s major media outlets censored the news to maintain friendly political and business relations with the state.

There are, of course, more common and more dangerous threats. In many corners of the world – China, Iran, North Korea, for instance – journalists routinely censor themselves to avoid jail and persecution. In other countries such as Mexico, Pakistan and the Philippines, they do so to avoid assassination or physical violence.

When fear of retaliation stalks the newsroom there can be no press freedom or independent journalism.

But sometimes journalism gets swept into the practice of self-censorship by misplaced notions of national interest and patriotism.

Many of today’s stories from Ukraine and Russia, for instance, tell their own sorry tale of self-censorship as media on both sides have succumbed to political propaganda in the conflict over Crimea and the Russian breakaway movement in eastern Ukraine.

Self-censorship has also overwhelmed much of the independent media in Egypt, including media icons of the Arab Spring, which have shocked supporters outside the country by lining up to support the Cairo government’s assault on the Muslim Brotherhood. Many of them have remained shamefully silent over the prosecution and jailing of Al Jazeera journalists.

What makes these examples particularly tragic is that they often involve the willing participation of journalists and editors. In times of national emergency and crisis it is not uncommon or inappropriate for media to provide reassurance for their audience, but that should never be an excuse for propaganda or surrender of editorial independence.

We must always be alert to the dangers of the dead hand of politics in media. Independence in the newsroom is not an optional extra; it is the solid foundation of the craft of journalism.

Aidan White can be followed on Twitter at @aidanpwhite.
Sign up for the EJN newsletter and be informed of the latest events in ethical journalism.
Photo credit: Flickr CC Free Press